Omicron: Zombie Apocalypse or the First Hint of Daylight? 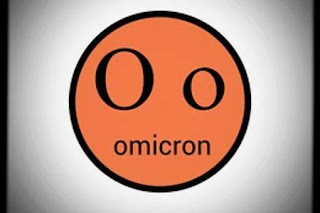 I know it's been a while. This past semester has been truly one for the books, as I have been on 50%+ overload as we have been bringing our Nursing Program back up to full speed in the wake of some changes in faculty. I am looking forward to a "regular" spring semester on my usual workload--maybe I'll have the time to post a bit more often as we enter this next "surge"!

Ok, why the quotes around surge?

Because I think this is going to be short lived and less catastrophically destructive than previous viral variants. Here's why...

One concern as been that the Omicron variant might be more pathogenic--more prone to cause severe disease--as well as more transmissible. I believe this to be unlikely for several reasons. First, when microbes mutate, they tend to get some new, better features that make them more competitive from an evolutionary perspective. That comes at a cost. They gain some capacities, but lose others. I saw this with HIV. As we introduced drug treatment, drug-resistant variants emerged in people, especially if they were not very good about taking their meds consistently. We observed that those drug-resistant variants were less fit, that is, less competitive with "wild type" variants of the virus.

I've been seeing cases of COVID-19 lately that confirm my expectations. We have evidence from elsewhere in the world that Omicron is ripping through populations faster, but also causing less severe lung disease, less hospitalization, and less death, ultimately. Homeopathically, I'm seeing more cases of mild disease that tend to improve with a repeat doses of patients' constitutional remedies, rather than severe disease that calls for more acute remedies like Bryonia or Eupatorium. This experience has been been reported by my teachers at the New England School of Homeopathy, who see a lot more patients in their full time practices.

I think a second reason that bears review is that the immune repertoire of the human race has now been exposed to several rounds of SARS-CoV-2 in its various mutations (Alpha, Beta, Gamma, Delta...), and many have been immunized as well. I'm reasonably certain that many of us have "caught" covid more than once--with the first experience being the most memorable, and--for most of us--the subsequent experiences being "the sniffles", a brief sore throat, or nothing at all. Notwithstanding, some "breakthrough" infections in previously-infected and/or immunized folks have happened, but as a group the "known survivors" of covid (I am one) and the immunized (yep, me too), have generally not been the folks clogging up our hospitals and ICUs.

Humans came programmed to deal with coronaviruses, and in the millennia since our emergence, our exposures to that family of viruses has only increased our immune competence. The current pandemic only serves to broaden that immune competence, and indeed there are data to support that this is the case. It makes sense, then, to speculate that at some point people in general will continue to suffer periodic bouts of COVID-19 as it continually moves through populations as a now-endemic virus. Early data suggest that it's also reasonable to expect that disease will not be as serious, and that fatality rates will decline.

Bugs do what bugs do. Cholera will always be cholera. The common cold will always be the common cold. Bugs are structured in ways that create predictable disease states, but those disease states can be modified by public health measures (eg, testing, quarantine, treatment, vaccination). Ebola is an example. In poor countries with strained medical resources it is very deadly. It's less deadly in resource-rich settings. Still deadly, still the same disease pattern (eg, a lot of bleeding), but modified by the level of health care available.

There are differences, too. Cholera doesn't mutate much. Cold viruses do. So cholera the disease stays pretty much the same, but a vaccine is easy to design. Cold viruses are less deadly, but also harder (or impossible) to design enduring vaccines for.

The common cold still kills people, but those it tends to kill are either very old, or have other medical conditions which compromise their recovery. SARS-CoV-2--"covid"--is a bit more lethal because of certain genetic characteristics. MERS (Middle East Respiratory Syndrome, caused by MERS-CoV) is still a bit more lethal for that reason as well. So while we can expect that more people will be more immune to the serious effects of SARS-CoV-2 due to worldwide, repeated exposures (and vaccines), this will not change the "more lethal genetic features" of the virus. But it will be blunted, and I think we can expect to see death rates decline.

Why do we still have the common cold? Because it's been around forever and is caused by a number of different viruses, including rhinoviruses and coronaviruses, but their genetics limit who is likely to suffer the severest disease. Their tendency to mutate to evade both previous immunity from exposure and to thwart the development of any successful vaccine mean they're endemic, but their genetics also limit how many of us will die from the common cold.

The genetics of SARS-CoV-2 make it bit more troublesome, but that trouble will be modified by our immunity as it grows over time.

The Flu is an Exemplar-Case

The flu existed before the 1918 Pandemic, but the mutations that led to the really bad, really deadly flu of that era made it around the world. It became endemic. Now, each year virologists try to identify the genetic specifics that mark the next dominant strain so they can grow vaccine products that will confer some extra immunity. However even the vaccinated may still get the flu--just usually not as bad. The unvaccinated will too, but in all cases death rates seldom exceed 0.5%, and mainly in vulnerable people. SARS-CoV-2 will, I believe, unfold in the same way.

All of what I'm saying here is known immunology and virology. That somehow SARS-CoV-2 is "extra special" defies what we already know about how these things behave. I do understand the initial fears that this could become something very deadly and endemic--it was a crazy time back in spring 2020!--but much of the panic about the future of COVID-19 was driven by unscientific speculation. Granted, when this virus was new to everyone, before human immune systems had time to adapt to it, death rates were much higher, but even that makes sense, if we consider the example of the 1918 Flu Pandemic. The flu rarely kills even the unvaccinated now.

But when the coffins were piling up, it was hard to make that heard. Now we have two years' experience, and we can see that COVID-19 is looking a lot more like the 1918 flu, and so we are reminded that Nature follows rules.

The Case for Homeopathy

Because I keep my practice deliberately small, I haven't seen as many cases as some of my colleagues. Given the scope of the pandemic, I don't think I could have maintained my university job growing new nurses if I had gone "all in," and heaven knows we need more nurses!

What I have seen conforms to reports from elsewhere:

At this time, I am still recommending vaccination for COVID-19 unless I have a reasonable suspicion of vaccine injury from a prior dose (this doesn't include just feeling crappy for a day or two afterward), or a person is newly in treatment for a chronic condition.  I don't know what I'll be advising much later in the future, and it will depend on how this plays out. If it does as I expect, I'll probably be advising people much as I do about flu shots: it's an individual risk analysis question. What I'm not yet certain about is what that analysis might look like.

That's all for now. With my lighter teaching schedule this coming semester, I hope to be posting a bit more often.

Posted by Eric Doerfler AltMedResearch at 11:54 AM