I'm about to embark on quite a busy semester, as I'll be teaching an "overload", so I will try to maintain some regularity with my posts this spring. Here are some things I'd like to see in the new year. 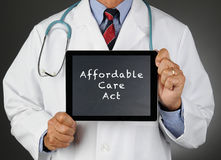 Despite having control of the federal government, Republicans have been unable to "repeal and replace" Obamacare. The ACA is deeply flawed, but it was a move in the right direction. It doesn't matter if one believes health care is a social and political right, the preponderance of evidence indicates that seamless access to basic health care adds to the wealth and prosperity of a nation. I like that. And if you've ever struggled with insurance issues--or of not having insurance at all--you might get what I mean. You should be able to go to see a provider and get the standard, evidence-based tests and interventions, without having to make a bunch of phone calls, set up a spreadsheet, and doctor-shop. You damn sure shouldn't have to avoid or delay care because of coverage issues.

The ACA has shown itself to be surprisingly difficult to get rid of, but because of political posturing and playing to philosophical ideals, it's also been frustratingly difficult to fix and improve. I hope that in 2018 we'll see society come together on this. The law has been resistant to repeal because when you ask people about its provisions (e.g., keeping your children on insurance until age 26, no refusal of coverage for pre-existing conditions) they like that stuff. The current government sees that and doesn't want to mess with it, but they've used it as a political cudgel for so long, they're stuck! I hope that people will turn their desire for seamless, effective health care into political change in the new year. 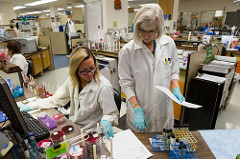 The News Gets "Real" on Health Matters
I don't have a whole lot of hope for this one, but I'd like to see news outlets start doing a better job of reporting on health and medical research.


News organizations often grab stories that are "sexy"--even if they are wrong. An example is a story that came out in 2015 two years about chocolate being good for weight loss. The study was real. It was done by a journalist with a PhD in biology. The results were real...ish. In fact Dr. Johannes Bohannon, writing in Gizmodo, submitted several "junk-science" papers to real journals and fewer than half were rejected because they were junk. The rest were accepted.

The 24-hour news cycle, the profusion of websites and social media platforms require mountains of new content. News organizations tend to not hire journalists with good science credentials, out of concerns for cost-savings, and consumers are poorly informed about what good science looks like. The result is a lot of crappy science gets published without so much as a thoughtful review. Dr. Johannes' study of chocolate did show a correlation between eating chocolate and losing weight, but that statistical result had all sorts of flaws associated with it. Chocolate's not a bad thing, but the sugar and fats can be. Chocolate can have some favorable effects--if nothing else it is enjoyable to eat! But it's not a cure-all, and eating a lot of it won't make you lose weight. Yet the press--print, broadcast, and web--all ran with this story, passing it from one to another until it became a "fact." People can decide that they'll accept the "facts" they like, and call the ones they don't "fake", but Nature eventually wins every time. A strong belief in fake facts won't save anyone from this inevitability.

It would be nice if new organizations and social media would police this better, but I think it will have to come from skeptical consumers to really break free of the hysteria and nonsense that have come to permeate health news. 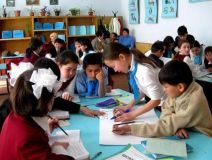 Investing in Our People's Health

A recent example is the difficulty we're having in restoring funding to the Children's Health Insurance Program (CHIP). Everyone thinks it's important. Everyone wants it to get done...and yet it still hasn't. School lunches. School nurses. Health education and gym. Music and the arts. These things we sacrifice when we're told to tighten our societal belt. We keep acting like making life meaner, drearier, and hungrier will somehow make society "better".

In 2018, I'd like to see a growing realization that when we keep our kids well-fed, active, and cared for, everyone will benefit.

Want to see less drug use among inner city kids? Want to see better test scores? Want to see suicide rates drop, collage and trade school enrollments rise, and a drop in opioid deaths? If we want to see that we need to start putting our money where our hearts are. I'm not saying we need to throw money at every problem. But there are a lot of really good things we can do with the money we have, and a little bit more spent on our kids (and a little bit less making rich people richer) would improve everyone's lives.

Well that's it for now. I hope to be publishing a couple of papers on the science of homeopathy soon, and am currently working on a study of the use of mind-body techniques and their role in preventing cancer recurrence. How much I'll get done in the spring, I'm not sure! But then there's summer, which seems a long way off right now (brrr!). Best wishes to my readers in the New Year! 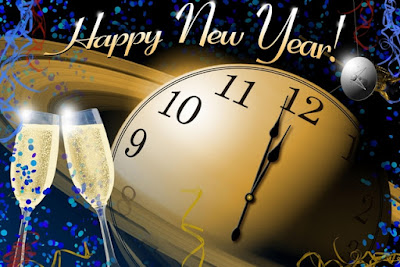 Posted by Eric Doerfler AltMedResearch at 1:08 PM No comments: