A confluence of events in recent weeks made me think about Zika...so what's new?

We're back at school, and I've met with the students again in their clinical rotations. A couple of young women in the group are either recently married or planning a wedding this spring. Another student of mine is pregnant with her second child.

So I thought I'd check in or this problem, which has faded from the news recently, and provide some updates.

My dad sent me this recently from BottomLine Personal, a business publication that also includes a variety of interest features. This piece interviewed entymologist Joseph Conlon with the American Mosquito Control Program. Traveling to warmer climates this winter? Conlon reminds us that all mosquito repellents are not created equal. Of course "DEET"--diethyltoulamide--is a very common and effective repellent. We're often told to make sure our bug repellents have this ingredient.

There are data that confirm that DEET isn't the safest thing for humans, but it's pretty safe. Some will suffer from rashes (which can happen with any chemical) and others from mood changes that are usually transient. I've used DEET occasionally without too much concern, although I don't often use bug repellents anyway, so my exposure is small. 15-35% concentrations are reportedly protective. (Avoid use in children less than 2 months old.) 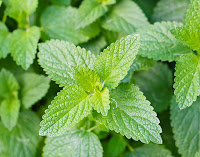 Picaridin is another effective repellent in 15-19% concentrations, and is reportedly less likely to cause skin irritation (especially under clothing) than DEET. Both chemicals work by blocking the ability of insects to smell human odors, so they don't find a target. Both are synthetics.

Want a "natural" alternative? According to the AMCA, oil of lemon-eucalyptus in concentrations reaching 40% is effective. Interestingly catnip (Nepeta cataria) is also effective, although suitable concentrations have not yet been determined. Para-menthane diol (from eucalyptus) and 2-undecanone (from the rue plant) are two others the Centers for Disease Control note are effective.

So where are we on Zika transmission, and what are the hazards?

In mid-2016 the New England Journal of Medicine confirmed the link between Zika and the dangers to developing fetuses, however the spectrum of harms caused by the virus remain under study. Risks of fetal harm in Zika exposure run quite a wide range, from 1 in 100 to about 1 in 8! Some 6 to 11% of women infected with Zika during the first trimester suffer harm to the developing baby's brain, based on data from an outbreak in Bahia State, Brazil.

The CDC still advises travelers that women and their partners planning pregnancy should wait to get pregnant until 8 weeks after traveling to Zika-affected areas.  Men should wait up to 6 months after such travel to impregnate their partner. Similar guidelines apply in cases where someone's suffered actual symptoms of Zika exposure. Unfortunately, symptoms of Zika infection are very similar to symptoms of the flu. with fever, rash, and aches and pains common. Testing for Zika is tricky because some viruses cause false-positive results, and the immune reaction of Zika doesn't always trip the existing tests--causing false negatives. Pregnancy prevention remains the best strategy when Zika exposure is suspected. Condoms remain the standard for prevention of passing the infection between sex partners.

The brain changes in a fetus affected by Zika remain difficult to evaluate, even with serial ultrasounds and amniocentesis, so if a pregnant family is concerned about this, evaluation by a physician or nurse midwife familiar with current guidelines should be consulted initially, and referral to a specialist physician is recommended. If you're concerned about Zika exposure and are maybe planning a family, see your nurse practitioner or physician for an individualized discussion about your risks.

It's a great time of the year to travel to warmer climates. In the northern hemisphere winter, mosquito activity does decline, but unlike here in Pennsylvania, it doesn't go to zero. So the southern U.S., the Caribbean, and Central America may still have enough activity to warrant caution. Zika doesn't have to cause us panic, but it should cause us to carefully evaluate travel plans with respect to family planning.


Posted by Eric Doerfler AltMedResearch at 12:32 PM No comments: