Is There a War On Somewhere? 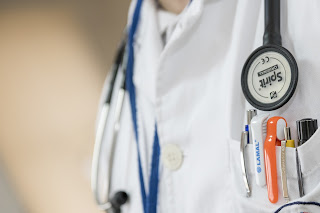 I get perhaps a dozen email blasts a day, and several medical journals a month. One blast caught my attention with the headline "On Statin Denial and Cult Diets" in the Sept. 14th issue of Patient Care. Steven Nissen is a cardiologist at Cleveland Clinic and a leading advocate of the use of statins like Lipitor or Zocor to reduce cholesterol and prevent heart disease. He's got a good reputation, and is a pretty good guy--he helped to expose the problems with the Merck pain drug Vioxx, which was causing heart disease. So this isn't about him. It's about what his words represent.

The article shares a transcript from Dr. Nissen's remarks in a video on MedPage Today in which he says that there's an internet cult against the use of statin drugs. He reports that statins reduce disease and death. He leaves out that this is only in people with heart disease risk or existing disease. He argues that the "supplement industry..." makes "...claims" for these alternatives that are "not based in good scientific studies." That's not strictly true, although my bigger worry is how poorly regulated that industry is. He worries that all this loose talk on internet message boards and various websites is "harming the public" and that physicians should "fight back against...these wacky diets" claimed to reduce cardiac disease.*

He's right about some of these things, and overstates others. Ok, no one's perfect. But what really caught my attention and made me take to the keyboard was his statement, "We have to fight back with good facts and good science [emphasis mine]."

Why is there always a fight? Who is fighting whom, and why? Is fighting something they teach in medical school?

For many years I have been observing this. I'll hear doctors and nurses say things that disparage the choices patients make to pursue an alternative therapy or not take a recommended drug. I've had students, nurses, and physicians privately call choices to not vaccinate or take a certain medicine "ignorant" or "stupid"--sometimes with venom--as though the patient's choice is a personal attack on the clinician himself.

Recently I've begun to ask myself, "Who are we 'fighting' against?"

I think I mentioned previously that I had a patient who died of breast cancer because she would not pursue the usual treatment of surgery and chemotherapy. I was sad when I learned about her eventual death, but I was not angry with her about it. She was intelligent, and she had a number of personal reasons she wished to avoid the customary treatments. I discussed my concerns with her, but she remained adamant, and alas, she died for it. But that was her path, her story, and she chose to walk that path and tell her story in her way. It was not about me.

So why do so many doctors and nurses think it is about them?

I get it. It can hurt to see people do things that don't work. You think this doesn't happen to me? In my world, not doing homeopathy causes active harm (and despite the claims of some so-called skeptics, I have seen it occur enough times over 20 years that my observations carry some weight). I won't get into the "why?" of that; I'll just say that this thing cuts both ways. The only difference? I don't take it personally. Medicine's not a cause. It's a walk.

It bugs me no end, all this talk of "convincing" people that something's "right" and another thing is "wrong" and by extension the "wrong" things are "fads" or "quackery." Mainstream docs and nurses want to fight against patients' choices. Me? I wish I could convince them that there's no fighting to be done here. Rather, engage. And engagement means sharing facts, sharing the pros and cons of a therapy, and then, if refused, aid the patient in getting the best out of the choice they do wish to make.

Now I will say that model of medical caring takes some time and patience. It takes knowledge. And it can turn out in unpredictable ways. These are not features that are welcomed at The Factory. They are not features that reflect well on the public's health, but then my "patient" is not the public. It's a person. That clarity helps me sleep well at night. I don't toss and turn because Mr. Smith won't do what the research says is generally good in aggregate data sets of thousands of individual research subjects.

I am aware that some choices may have an impact on the general public's health and safety. Vaccination is said by many to be such an example. "If you don't immunize against such and such, it harms everyone..." well, yes and no. In cases like these I have to remind people that first, the public is not my patient, and second, often such impacts are overstated and the consequences are not so dire. It's as if a few people don't immunize against whooping cough will lead to the deaths of thousands. As I reported in a previous post, that vaccine may not work as well as we thought--so where are all these deaths then?

But then I think that some people need to feel like they are fighting a good fight, so fighting against their patients' "bad" choices feels good to them. I treated a lot of AIDS patients. I felt like I was fighting a good fight--against AIDS, not against some of my patients who made choices that didn't work out, but that did accord with their story.

Good research helps to guide us. It suggests what things work well, and what things may not work as well. But new research comes along and we have to adjust our "helpful" directives. It does not personalize care very much, but it does make The Factory efficient, and in the aggregate, it appears things are improving--but such general improvements in large numbers speak not at all to a person's private health journey.

"Good practice" is a summary statement that informs us about what works in most people most of the time within a set of limitations that are dictated by what practice research gets funded, a slow-to-change medical culture, and the demands of moving people efficiently through The Factory.

I try to help my students get their heads around this. After all, Nursing is not about getting people to "do what I tell you," rather it is to help people see what will help them survive and thrive, and to do so within their own "story". Such a story may involve their own legends ("My uncle took those drugs and he got terribly ill from them"), their own religion and spirituality (as in some who refuse certain procedures or drugs because of their beliefs), and their personal and family ties, as well as their sense of self.

I tell my students, it is very arrogant for us to see our patients otherwise. Nursing actually has a theory that addresses this--Imogene King's theory of goal attainment. The "goal" we wish to reach is the patient's, not ours, and it's arrived at by mutual agreement. This does not mean we do whatever the patient wants. It doesn't mean we let people actively ruin themselves. After all, no fresh hip replacement patient wants to get up and do physical therapy. We coerce them to it, good naturedly one hopes!

But it also means we aren't "fighting" against them. We're not soldiers. We're guides.

With patients, this means listening, understanding, and accepting what their goals are, and having the humility to realize that the story they wish to tell may not be the story we thought we would tell about them.

*By the way, to view a counterargument that suggests that some diets can reduce or eliminate heart disease, see this video by Dr. Dean Ornish.
Posted by Eric Doerfler AltMedResearch at 10:51 PM No comments: