Pertussis Vaccine May Not Work as Advertised 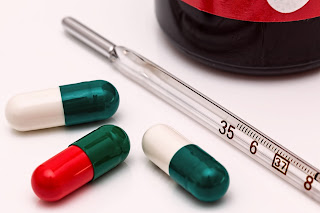 At the recent annual meeting of the European Society for Paediatric Infectious Diseases (ESPID) in Madrid Dr. Stanley Plotkin, of the Global Pertussis Initiative, gave a report that the vaccine against this disease seems to drop in effectiveness as children grow into adolescence. Pertussis is also known commonly as "whooping cough" for the spastic fits of coughing followed by the classic "whoop" often heard as the sufferer gasps for breath at the end of the fit.

This comes as no surprise. I've been a nurse for 30 years, a nurse practitioner for 20 years of that time, and I've seen cases of whooping cough, or some milder variation of it, every year for decades. The first time I saw it was in the emergency room where I worked as a nurse, and the doctors told me this happened sometimes, even in vaccinated persons.

This was in the late 1980s, after a version of the vaccine was developed that contained no actual cells of the bacteria (Bordetella pertussis)--and was called "acellular" (A-CELL-yoo-ler) pertussis vaccine. Previously, the version developed early in the 20th century was a mix of whole cells that had been killed. The problem was side effects, as the vaccine contained a more potent mixture of substances that could initiate immunity, but also initiated more harmful side effects in some recipients. So the acellular type, which contained only certain fractions of the immune-activating pertussis bacteria, was invented.

So by the late 1990s, as a nurse practitioner, I started seeing more "failed" pertussis vaccinations. This makes sense, given what the research seems to show: By the late 1990s you could expect that younger people with the "safer" vaccine mixture were old enough to be seen in a young adult medical practice. Dr. Plotkin's evidence is persuasive, citing studies done in both animals and humans that suggest that the vaccine tends to moderate symptoms, but may not protect against getting the infection. Researchers with the Kaiser Permanente insurance group in California found that protection from pertussis falls to 69% after the first year of vaccination to 9% by the fourth year after.

The report goes on to suggest several strategies for improving immunization of people for this disease, which involve coming up with a better vaccine, adding "adjuvants" (chemicals that irritate the immune system into a stronger immune response) and increasing the frequency of vaccination shots for teenagers and adults.

I take away two messages from this report.

First: I told ya so. Clinicians have, in my view, been overselling both the necessity and the effectiveness of vaccines. I believe this has been done because there's a collective belief in the value of this approach to public health, which enables clinicians to collectively ignore or downplay the importance of things like access to nutritious food, clean water (think: Flint, Michigan!), the inherent inequity in our society between the well-off and the poor, and the lack of health access for the poor and people of color. In short, it's a medical solution to a problem which is in large part due to political and social causes. It's a band-aid.

I'm not saying vaccines are worthless. I'm not saying they shouldn't be used. I am saying that we've created a blame cycle that places the burden for disease prevention on parents, requires vaccination as a public health measure, consistently ignores variant vaccine experiences, and can proceed--guilt free--in the face of gross social inequity regarding access to the things that best support health. We push vaccine programs, while states cut funding for everything from school lunches, to school nurses, to pre-K programs, after school programs, and adequate teacher salaries. Politicians shut down initiatives to address a grossly inadequate minimum wage. We jail parents--especially fathers--for trivial drug offenses, even while assuring that the schools their now-fatherless children attend will be underfunded. In short, we can blame parents for one small disease while many more damaging "diseases" go unaddressed.

Second, to paraphrase a common theme these days, I don't think we can "shot" our way out of infectious diseases. The model we have of immunizing to prevent, and giving more and more potent antibiotics to treat, infections is not sustainable. I'm not saying we shouldn't have an armory with some important immunizations. I'm not saying that antibiotics should never be used--heck, I prescribe them myself sometimes! What I am saying is that we need to bring two things to health care: more imagination and more justice.

More imagination would include recognizing and supporting alternatives to The Factory's current care model (see "A few quick bits" from May 7, 2017 for more on "The Factory"). I have used homeopathic remedies successfully to treat whooping cough. It doesn't always work, but then I have other things I can add, including herbals, to improve the experience until it passes. Chinese medicine and similar medical alternatives can also be effective. Despite a mountain of evidence supporting chiropractic for back pain, "Regular Medicine" often ignores that this option even exists--I rarely see MDs developing any network of local, trusted chiropractors (or any responsible alternative medicine providers) to whom they can refer patients suffering from the musculo-skeletal or other persistent problems we all experience so commonly.

More justice would have to include more elements of society than just doctors and nurses. It would need to include the public, politicians, members of industry and so on. It's a society-wide project. Indeed, most of the things we have defeated here in America--tuberculosis, cholera, parasitic diseases, AIDS-related deaths--are still widespread in many poorer parts of the world, mainly for lack of resources. While vaccination programs do help, they do not help as much as simply treating other countries fairly in the world marketplace.

The ESPID meeting this year revealed a sobering truth about vaccination in general: it's not as simple as it appeared to Louis Pasteur in the 19th Century. Indeed, in his time a lot of people drew water from public wells, sewer systems were often inadequate, indoor plumbing hardly existed, and doctors hardly ever washed their hands before touching their patients. It took a nurse--Florence Nightingale--to recognize that fresh air, healthy food, clean water, and sanitary hospital wards were necessary to stem the tide of infections at the war hospital at Scutari, Crimea. In those times, it's hardly a wonder that vaccination seemed like a magic bullet. But even then, it wasn't.

I would encourage the parents in my practice, the next time your kid comes up for vaccination with "Tdap" or "DTaP" (two of the vaccines given at certain times depending on age) if the doctor even knows about this report from ESPID. What do they have to say about them? I don't think they'll back down from the recommended vaccine. To be fair, in some cases they shouldn't, because some kids are at risk for severe consequences from whooping cough. I'm more interested in knowing what sort of conversation ensues. I tell my students: don't scold. Don't browbeat parents with data. Don't lay a guilt trip on them. Engage.

It would be interesting to find out how the doctors and nurses, when faced with an evidence-based question, actually respond. You can email me at info@altmedresearch.us or comment on this blog.
Posted by Eric Doerfler AltMedResearch at 12:22 PM