One of the things I found difficult about being in full time private practice was the pressure to make money. Without getting too deep in the weeds, I'll say that the mechanics of paying the bills and funding a reasonable livelihood in medical practice isn't as obvious as many people think. Physicians mostly do ok, even if they practice at the fringes, and if they practice anything like mainstream medicine, and keep overhead manageable, they'll make a tidy living.

The rest of us? Well, making a good living is harder to do than it would seem. Chiropractors do ok, as do physical therapists. Nurse practitioners can do pretty well outside of being in a physician-led practice, but mostly they struggle. It's still very much a physician-centric economic model out there.

One thing I've observed is that there are very few "sweet spots" in which someone can practice without leaning toward going broke on the one hand, and having to push their practice hard toward opportunities for revenue generation on the other. In the latter case I've seen this emerge as everything from taking on questionable drug studies (for which practices get paid, usually per enrolled research subject), to pushing retail herbs and food supplements sold by the practice, to developing complicated treatment plans that require more patient office visits than are really necessary.

I found myself in that position many years ago. I didn't like it, and ended up allowing the practice to close in near-bankruptcy rather than come up with novel ways to milk patients for more money. Today, I practice part-time, and I have a full time university job, and those two engagements complement each other nicely. I make enough money to pay the bills, make improvements, and put a few bucks into my own pocket, but I don't have to constantly try to keep up: stuffing more patients into a tighter schedule, getting them to buy stuff through the practice, and all that other stuff that I'm sure many practitioners hate.

Corporate practice--and that's most health care these days--allows practitioners of all sorts a similar refuge from worry about the bottom line...but somebody is worrying about it, usually an executive physician, or businessperson, or administrator. Everything costs so much, and it needn't.

Recently, Mylan Pharmaceuticals has taken a PR hit associated with its price increase on epinephrine injectors, the EpiPen. Epinephrine, or adrenaline, is a natural substance that can be used in large doses to stop an allergic reaction in its tracks--and I mean fatal allergic reactions, like some people get from bee stings. Mylan says it needs to do this, but in fact there is no effective competition for this product, and for many people, it is absolutely necessary. Epinephrine is cheap, but the injector, which is automatic, has apparently become quite dear!

I saw an article in the Harrisburg Patriot-News by David Wenner last Sunday. In a sidebar he details some of the more rapacious price increases: Novocort up 3,000%, tetracycline and amitriptyline both up almost 1,000%, and Zestril up 800%, all over the last 5 years. Daraprim was a famous case, up 5,500%. An old drug for malaria (and sometimes AIDS), the license was bought by Turing Pharmaceuticals under CEO Martin Shkreli, who viewed it as an "investment." In fact every single one of the drugs in this paragraph is old, and was cheap, an example of how the free market should work, as better or newer drugs come along (and they aren't always the same thing!)

The companies say it's to pay for "research and development," but having been in this industry (I was involved in a large number of trials for AIDS drugs in the late 1990s and early 2000s) I can tell you it is not the case. This is an area well-researched, and in fact most of the excess profit goes to shareholders, where there's a lot of pressure to turn high short-term profits, and to marketing newer drugs to doctors. There is some research, but essentially, drug companies are turning people's dependence on these drugs into cash cows. And it is not for your benefit. (Although your 401k may see a few pennies of it.)

Some industry analysts have reported that this is really about trying to get more money out of insurance companies, as though it somehow doesn't touch the average consumer. That's a false comfort. Insurance money comes from somewhere--you.

We want medical miracles. I get that. But the fact is, most of this should cost us less than it does. In 2009 National Public Radio reported that in Japan, an MRI costs about $160 US. There are reasons for this, not just that the Japanese are somehow less greedy. Nevertheless, that's a difference of something like 1000% more expensive. Americans pay more for prescription drugs (even generics) than anyone else in the world (Wall Street Journal, 2015). Of course, they argue that the US effectively subsidizes research and development in other parts of the world. We simply spend more because there is money, and the opportunity for profit...and perhaps innovation.

Although as I tell my students, most "new" drugs are really what we call "me too" drugs: essentially drugs that do the same thing as many other drugs (Forbes, 2015).

It is more profitable to effectively market a new-but-only-slightly-new drug than it is to develop a truly remarkable breakthrough drug. A drug rep costs less than research, that's just a fact. In fact many drugs are completely interchangeable.

This just isn't right. I learned that making a killing on the backs of your patients is a hard, soulless road. I didn't go far down it. I could see what lay ahead. Earlier I discussed vaccination as a conflict between different American values, there, individualism versus communitarianism. A similar conflict poses itself to us with our health care, in that case, perhaps profit versus justice. Or, maybe innovation versus stagnation, although I doubt research would completely stop. I'd hope it would become more parsimonious, less a dog-eat-dog, sweaty race for the next grant, license, or patent.

I get it. Money's great. But it doesn't seem quite right, the way things are rigged now. 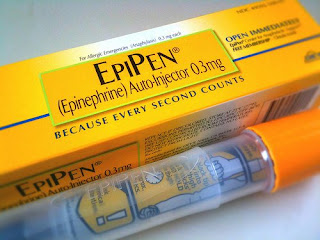